​Feast Your Eyes on the MozCon 2017 Initial Agenda 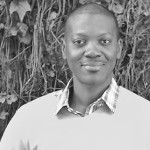 According to our calculations, MozCon 2017 is a mere 158,000 minutes away. (But who’s counting, right?) As you might have guessed, we’re quite excited about our latest event, in large part because we have some new tricks up our sleeves. (More on that at a later date. We promise.)

Aside from a few tweaks here and there, though, the next MozCon won’t be much different from those in years past.

That is, it’ll be unique and awesome in equal amounts.

You can still expect world-class speakers sharing original information in a one-of-a-kind, charged atmosphere. Plus great food, plenty of snacks, and conversations that’ll have your mind humming for days.

And for you last-minuters who haven’t grabbed your ticket yet, now’s the time to… um… grab that ticket you’ll be crying over if you wait too long:

We’ve kept you waiting long enough, so take a look at some of what’s in store for you at MozCon 2017.

Last year, we tried a format that included three emcees — Rob Ousbey, Zeph Snapp, and Ronell Smith.
The test was a success, with each doing an amazing job.

However, this year we’re returning to a single-emcee format, with Ronell Smith, a Moz Associate, taking the reins.

Ronell Smith is a content nerd who loves nothing more than seeing brands help themselves by recognizing content as more than mere words on a page.

With more than three months to go until the event, many of the details are still being finalized. Therefore, you should see this agenda as an appetizer for, say, a five-course meal. There’s plenty more where this came from.

For example, several speaking spots are yet to be finalized, and we’ve yet to send out the call for community speakers.

However, we’d like to showcase our awesome lineup of speakers, many of whom will be familiar to you for the great work they do and share with the Moz community. 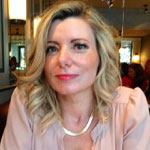 Dawn Anderson is an International and Technical SEO Consultant, Director of Move It Marketing, and a lecturer at Manchester Metropolitan University. 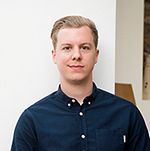 Up and to the Right: Growing Traffic, Conversions, & Revenue
Matthew Barby
HubSpot

So many of the case studies that document how a company has grown from 0 to X forget to mention that solutions that they found are applicable to their specific scenario and won’t work for everyone. This falls into the dangerous category of bad advice for generic problems. Instead of building up a list of other companies’ tactics, marketers need to understand how to diagnose and solve problems across their entire funnel. Illustrated with real-world examples, I’ll be talking you through the process that I take to come up with ideas that none of my competitors are thinking of.

Matt, who heads up user acquisition at …read more