8 of the Weirdest Shark Tank Products That Got Investments

Whenever you watch an episode of Shark Tank, there always seems to be at least one product an entrepreneur pitches that makes you go: “Whaaa?”

That’s a big part of Shark Tank‘s appeal. If every product (or service) that got pitched on the show was perfectly reasonable, and perfectly matched to some target market, the show’s ratings would likely plummet. I mean, just imagine the tagline for a show like that: “Shark Tank: The show where entrepreneurs with realistic expectations pitch sensible products based on extensive market research.”

To keep things interesting, the show’s producers will sprinkle in the odd product … like Pet Paint, for example, which is “colored hairspray for your dog.” (Although to be fair, Barbara Corcoran did make an offer.) Or, Squirrel Boss, which is a bird feeder that has the added functionality of being able to electrocute squirrels at the push of a button. (No, seriously.)

Every once in a while, however, one of these seemingly strange Shark Tank products will land an investment. Don’t believe it? Check out eight of the weirdest products that actually got investments below.

8 of the Weirdest Shark Tank Products That Got Investments

In season three of Shark Tank, billionaire Mark Cuban put up $25 thousand for a 33% stake in a company that sells custom drawings of cats.

This is a fact. This really happened. There is video evidence.

Entrepreneur/professional-stick-figure-cat-artist Steve Gadlin had a dream: To bring custom cat art to every home, using the power of the internet. Mark Cuban, no doubt, believed in that dream.

As the I Want to Draw a Cat for You website still reads (even though the company recently went out of business), Gadlin and his team would create — for $29.95– any cartoon cat configuration you desired:

Want two cats getting married on a beach? A ninja cat fighting a giant talking pickle? A cat on a unicorn leaping over a rainbow? You’re the boss!” 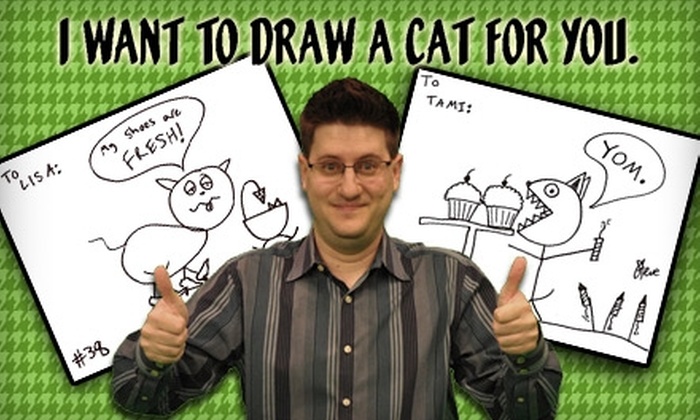 It was like something out of a science-fiction movie when entrepreneur Brian Lim — donning an oversized cartoon head — walked into the tank. The lights inside the studio went dim, and then a group of gloved dancers began moving their hands, their fingertips glowing and swirling in a brilliant display of colors.

Welcome to the world of “gloving”: A modern dance style that involves wearing gloves that have LED-illuminated fingertips. Lim’s company, EmazingLights, makes these futuristic gloves. And while you might think that the “sharks” would’ve scoffed at or dismissed the product as a novelty, they all ended up wanting a piece. (The fact that EmazingLights had $7 million in annual revenue at the time …read more