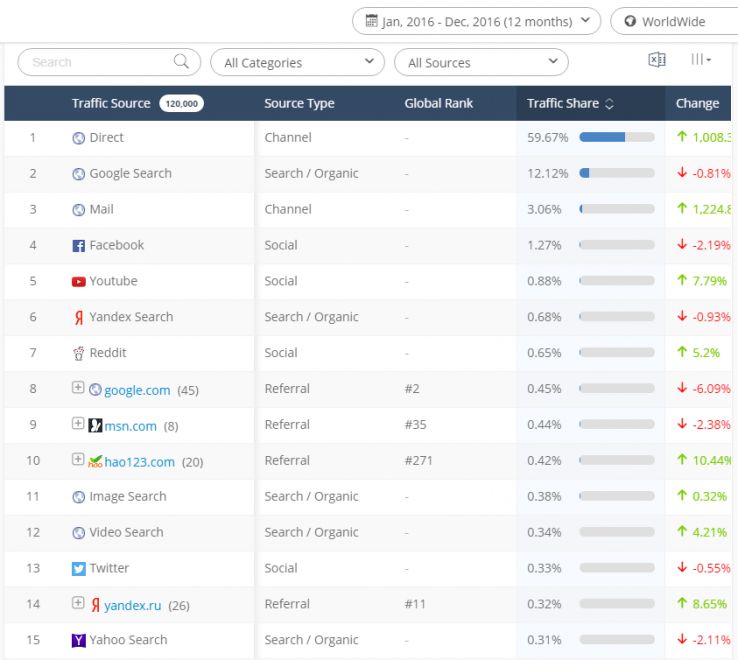 I’d generally ignore “direct” as those include HTTPS->HTTP referrals that pass no referral string, every opening of every browser and browser tab, bookmarks, links from apps that don’t carry referrals, etc. The data below is where I pay attention. There, Google is ~11X bigger than Facebook, which is ~1.5X YouTube.

My prediction is that Google continues to dominate, no matter the prognostications about Facebook or Snapchat or Amazon or anyone else making inroads to the overall traffic pie.

#3: The Marketing Technology space will not have much consolidation (fewer exits and acquisitions, by percentage, than 2015 or 2016), but there will be at least one major exit or IPO among the major SEO software providers.

It’s that time again, friends… That time where I grade my 2016 predictions to see whether I’ve got the clout and foresight to get another shot in 2017. This year is gonna be really close, as I was more aggressive last year than in prior ones, so let’s see where we end up, and what I’ve got to say for te next 12 months.

As always, my predictions will be graded on the following scale:

If I’m at breakeven or above, you can have more trust for what I’ll posit for the year ahead. If not… Doom! Well, OK, maybe not doom. But at least shame and embarrassment and what I hope are lots of hilarious tweets at my expense.

#1: Data will reveal Google organic results to have <70% CTR

+2 – I won big with this one, though it was one of my more conservative projects. According to our clickstream data gathered in the summer, approximately 40% of Google searches do not garner any clicks at all. Granted, some of those are probably Google autocompleting a query before the searcher has finished typing, but given the threshold of 70%, I’ve got plenty of room to spare.

#2: Mobile will barely cut in to desktop’s usage and its growth rate in developed countries will slow

+1 – I’m giving myself a conservative point here because while Google’s mobile growth has appeared to have slightly more of a plateauing impact (data via SimilarWeb Pro, which shows Google on desktop at ~51% in 2015, down to ~49% in 2016, with mobile the reverse) on desktop search volume in the US, I have been unable to find data on the growth of mobile/desktop in developing countries. If someone has a source to help me better refine this prediction, please leave it in the comments. 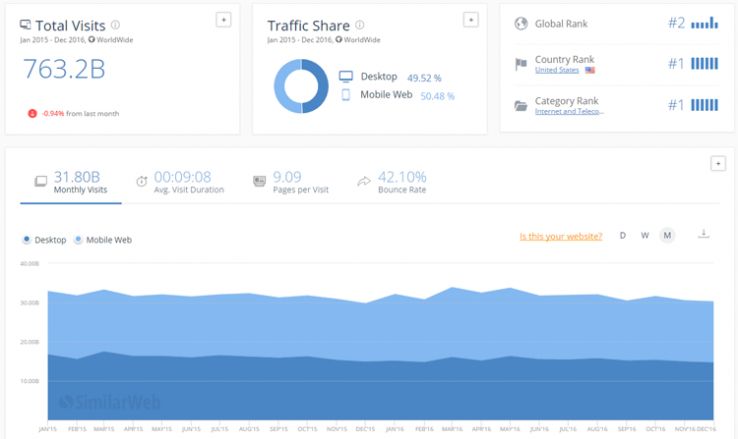 BTW — I’ll grant that SimilarWeb’s data on Google usage probably isn’t perfect, but they have enough of a sample set that the shift in mix from desktop to mobile is likely statistically significant and thus, the trend’s probably accurate.