Battleground Mobile: Why (& How) to Prepare for the Future 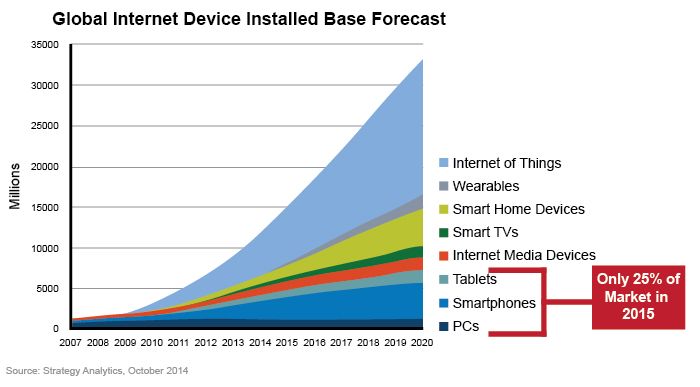 The world of mobile continues to explode. Major players like Google, Facebook, and Apple are investing massively in efforts to establish themselves as the dominant player in the new markets that are emerging as a result. These companies are betting in a big way on continuing changes in mobile usage and in user expectations for mobile devices, and that means you should be, too. It means you need to have a mobile-first mentality.

The investments by these companies are happening at many different levels. For example, Google has already made mobile friendliness a ranking factor, and intends to increase the strength of that signal in May 2016. But there’s much more to this story, so let’s dig in!

Sure, you’ve heard it before, but the growth of installed mobile devices is probably happening even faster than you think:

Many of the new device types will probably have a fairly passive role in our lives (such as smart refrigerators, smart thermostats, and other Internet of Things devices). By this, I mean that I don’t expect them to become devices that we interact with heavily.

However, many classes of these devices will be ones that we’ll interact with substantially, such as smart TVs, Internet media devices, and wearables.

Here’s a recast view of that same chart focusing on just this class of devices: 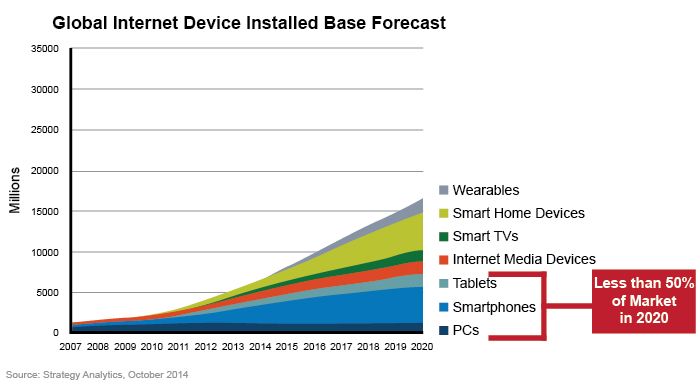 Looking at this new chart, we see that PCs and tablets — the devices that have a fairly substantial keyboard available — still make up only about 40% of the installed devices.

So how will we interact with those devices? The primary way of doing that will be via voice. 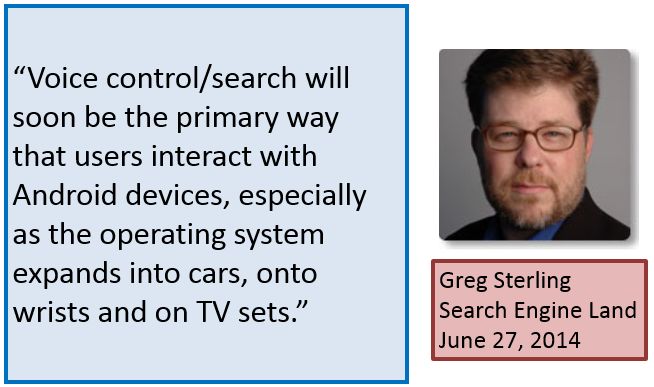 In the recent keynote event I did with Gary Illyes, he indicated that the number of voice searches Google received in 2015 was double that of 2014, so they’re definitely seeing a steep rise in voice search volume.

The recent interview that Danny Sullivan did with Amit Singhal underscored this. The now-retired Head of Search Quality at Google (he retired as of February 29, 2016) spent a year living primarily on mobile phones. One of the interesting exchanges in the interview:

Danny Sullivan: Do you tend to type more or do you voice-search more?
Amit Singhal: I’m swiping and voice-searching far more than letter-typing.

At another point in the interview he also says: “I realized … that on mobile devices, that I wanted to act more.” This notion is backed up by something Gary Illyes said in our recent keynote event: “We get, I think, 30 times as many action queries by voice as by typing.”

This emergence of voice search is a big deal. As Singhal noted above, this leads to …read more