Blast From the Past: 7 Websites That Were One Thing, But Now They're Another

Once upon a time, back in 2005, there lived on the internet a website called YouTube. It’s a name that, today, many people recognize as a video-sharing website — and much more — that’s owned by Google. But over a decade ago, YouTube wasn’t what it is today. In 2005, YouTube was a dating site.

Yes, you read that correctly. YouTube began as a dating site.

It’s something that the co-founders have discussed in interviews, but the rest of us rarely do. Since the late 90s, how many websites have transformed into something completely different from what they originally set out to be?

As it turns out, many of our most beloved destination sites — some of which we frequently write about and are essential to marketers — were borderline unrecognizable when they first launched. What were they then? And what can marketers stand to learn from it?

Spoiler alert: It’s been a long time since people recorded things in stone. It’s the internet, and it allows for progressive changes to design, product, and the way they’re marketed. But remember — be strategic. If you’re looking to make some big changes, check out our quick guide to branding.

7 Websites That Used to Be Something Completely Different 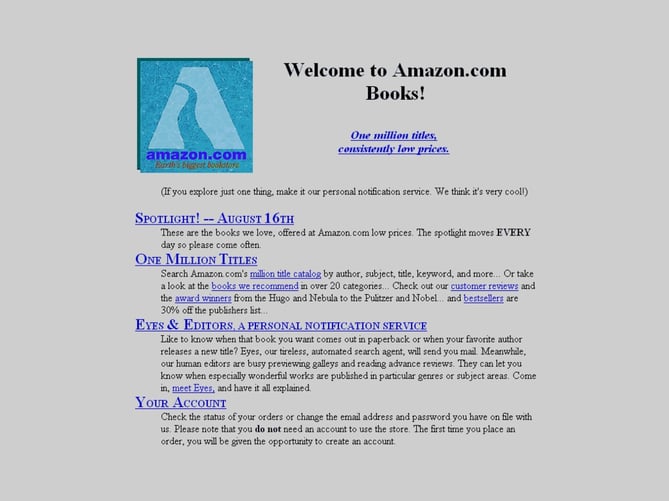 Founder Jeff Bezos is said to have chosen books from his list of 20 products he thought would sell online, because they were the lowest-cost and most universally-demanded. And sure, Amazon still sells books — and a lot more. The amount of growth it has witnessed in the two decades since its incorporation is beyond impressive.