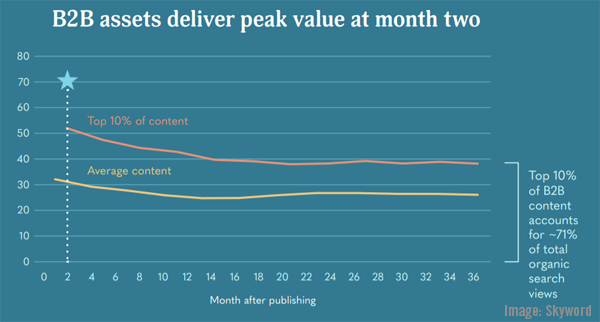 Millennial buyers want better content from B2B marketers
Better B2B content is a top concern among Millennial buyers, as the demographic accounts for some 33 percent of overall B2B buyers, a portion Forrester’s newly-released report expects to grow to 44 percent by 2025. Digital Commerce 360

How the Fastest-Growing US Companies Are Using Social Media
87 percent of Inc. 500 firms used LinkedIn for social media during 2019, topping a list of how the fastest-growing U.S. firms are using social media, outlined in a recently-released UMass Dartmouth report of interest to digital marketers. MarketingProfs

The Best Times to Post on Social Media According to Research [Infographic]
B2B businesses find that the best posting times on LinkedIn are before noon and around 6:00 p.m., one of numerous social media platform most effective posting time statistics outlined in a recently-released infographic. Social Media Today

How Businesses Handle Customer Reviews [Infographic]
Over 35 percent of businesses often or always use positive reviews in their marketing efforts, with Google, Facebook, and Yelp being the three platforms most often monitored for online reviews, according to recently-released survey data focusing on how reviews are used by businesses. Social Media Today

Facebook Tests New Format for Separate Facebook Stories Discovery Page
Facebook has continued to ramp up its support for content shared in the Stories format, announcing recently that certain Stories will receive larger images in a test of a distinct new Facebook Stories discovery page, according to the social media giant. Social Media Today

From Consistent Publishing to …read more