Get Ready for the Evolution of Long Tail Keywords, Coming Soon to Mobile Apps 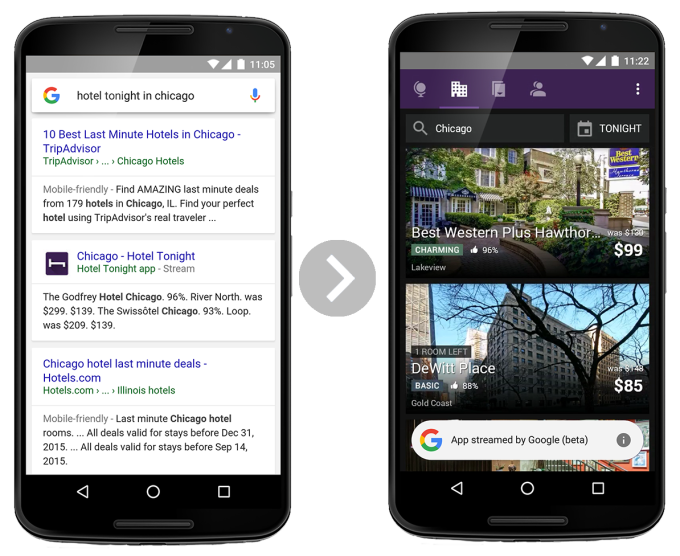 Last month Google made a big announcement, potentially signaling a game changer for search. Google is quietly rolling out app-only content indexing, even if that content isn’t actually hosted on the indexed app.

So, what does that actually mean?

The game-changing implication is that when you search Google from your phone or tablet, app-only content will “stream” directly to your mobile device — even if you don’t have the app installed.

Thus, if I search for the key phrase “hotel tonight in Chicago,” I’ll see results from mobile apps that aren’t installed on my device, sending me directly to app-only content “streamed” from a virtual app hosted on the Google cloud.

Before this announcement, direct deep links to app content were displayed only if the matching app was already installed on your mobile device, as in the example below:

According to Google’s Rajan Patel leading the new initiative:

“We want users to be able to have access to this content, regardless of whether it’s available on the web or in an app.”

How will this announcement change the way applications are discovered?

Well, Google is effectively lowering the bar for app indexing, and app owners can score a quick win if they act in a timely manner — a few tips on this below. 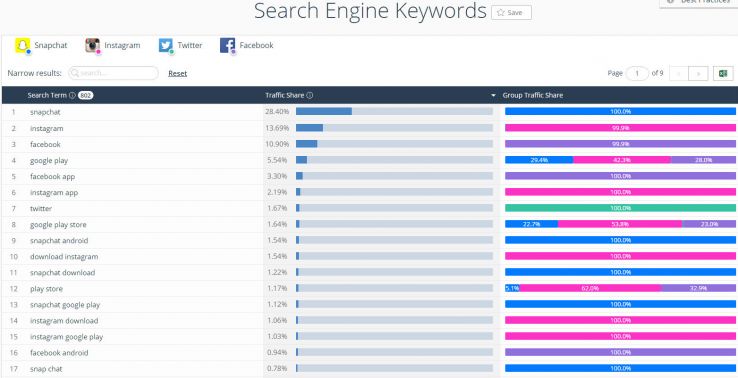 In order to make this whole process possible, app developers need to implement the app indexing API. It’s not new, but now that you don’t need to match app content to web content, it can be your secret weapon to torrents of mobile traffic.

The indexing API doubles as a ranking signal to Google, so all the mobile apps that implement and complete the app indexing API will gain a ranking edge.

Once you implement the indexing API, you’ll show Google how much time users spend inside your app, and what they do there.

If you need a benchmark to go by, you can measure how your competitors’ apps are doing in terms of time on the app and session per user. Here’s an example from SimilarWeb’s app engagement function:

Again, the first thing you need to do in order to get started is implement the app indexing API, as I said earlier — since Google factors it as one of the ranking signals, it will favor the app owners that complete the process.

If you want some more instruction and technical walkthroughs for getting your app indexed, you can check out this piece by Bridget Randolph on the subject. Just keep in mind that this is still in beta.

Google is testing the process on a few apps that agreed to participate in this experiment. It’s still unclear when the update will be released out of beta, but I’m sure several clear winners (and losers) will emerge when this fully rolls out.