How to Run LinkedIn Ad Campaigns: A Beginner's Guide

LinkedIn is a highly valuable tool to network with like-minded professionals. But here’s something we don’t talk about as much as we should — it’s also a highly useful marketing platform.

It might seem a little bit intimidating. You have enough on your plate — do you really need to be figuring out yet another way to create targeted content? Actually, yes. You have more power at your disposal with LinkedIn than you might realize.

That’s because LinkedIn has a powerful ads platform. If you’re already using pay-per-click (PPC) techniques to power your presence on Facebook, Twitter, or Google, consider yourself lucky — you can add LinkedIn to that list, too.

But if you’re new to LinkedIn ads, fear not — we’ve put together a step-by-step guide to setting up your first LinkedIn ad campaign. Bookmark this post, and refer to it when you’re ready to get started.

How to Run LinkedIn Ad Campaigns

To start, go to https://www.linkedin.com/ads/. Once in the ads platform, select “Create Ad.” 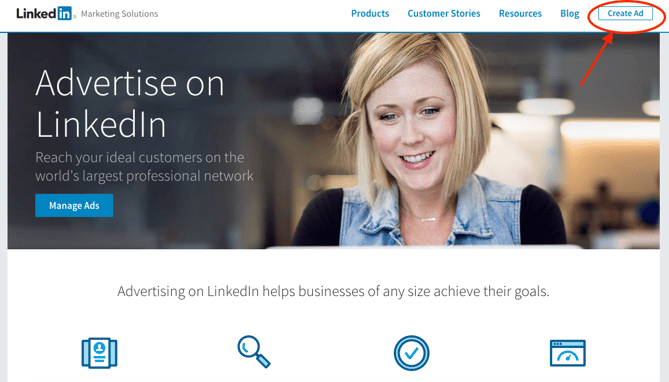 On your dashboard — or “Campaign Manager,” as it’s formally called — you’ll see a call-to-action (CTA) to create a campaign. Click that button, and you’ll be redirected to a site where you select what kind of ad you want to create. 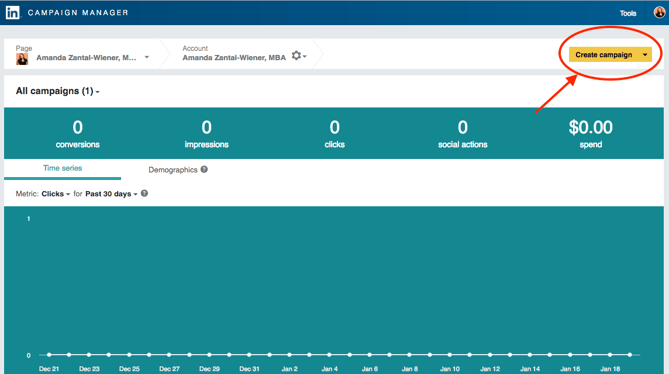 As you’ll see, there are two types of campaigns that you can create:

The differences between the two are largely visual — Giovanni Perri of Rebel Hack likens them to the visuals that might appear in your Facebook News Feed. And while that can lead to a higher clickthrough rate (CTR), his own data shows that Text Ads can often yield a higher conversion rate.

In this post, we’ll be walking you through how to create a Text Ad. That said, Sponsored Content is still highly valuable — to learn more about it, check out this page. If you’re first starting out, decided between the two might come down to budget. Outline your priorities, and then you can decide which …read more