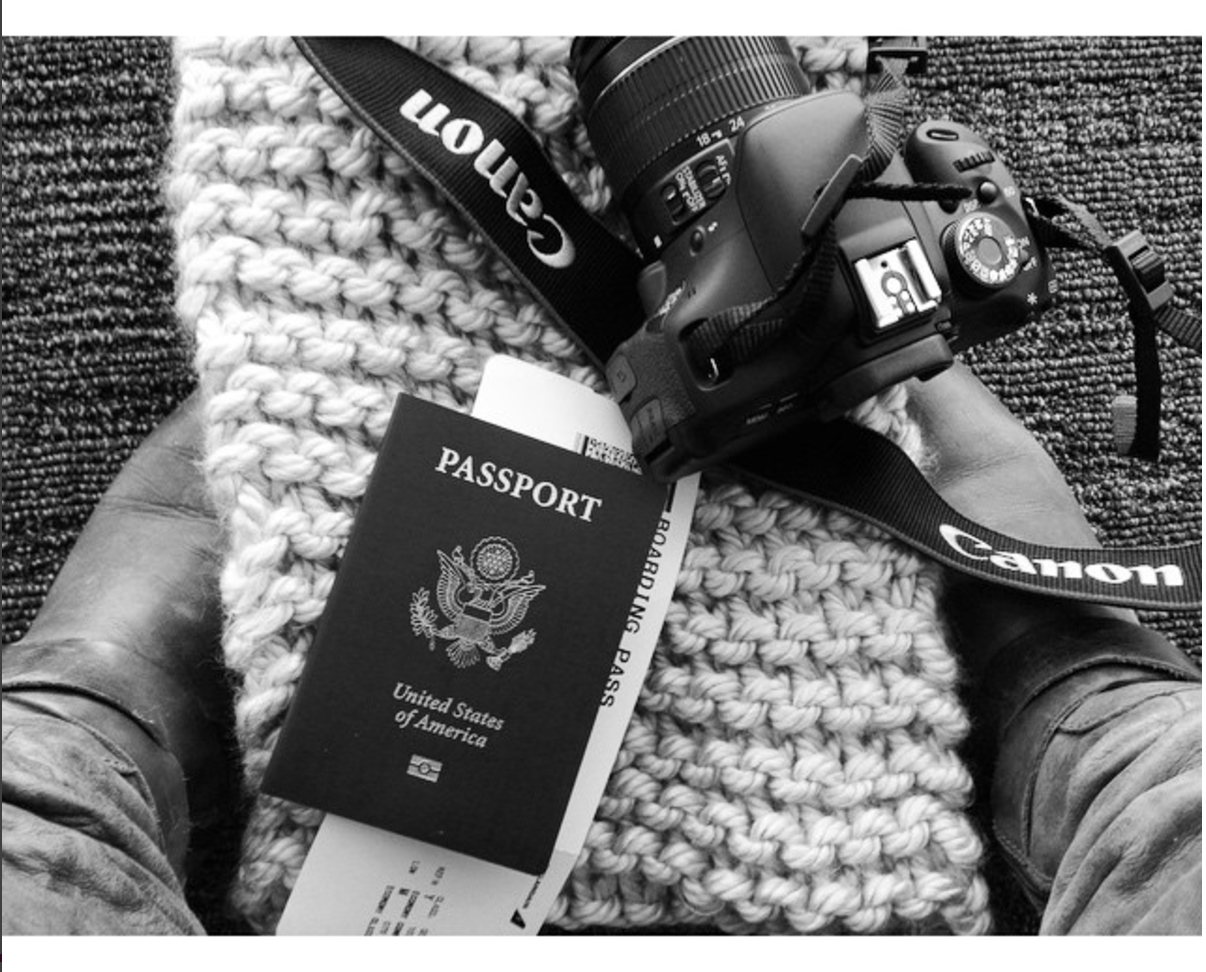 Aha! She appears to be a U.S. traveler visiting London (with her Canon Ti3 camera). Now we have some regional, demographic, and product understanding. It’s not a whole lot of extra information, but it provides much more context for the original cryptic photo, right?

Perhaps, if Google had integrated geo-relational data with their voice machine learning, they could have more quickly identified that these noises were occurring at the same geolocations. This is just an example; Google engineers are WAY smarter than myself and have surely thought of much better solutions.

Google leverages relational data (in a very similarly way to the above example) to form better understandings of digital objects to help provide the most relevant search results.

A kind of scary example of this is

A Glimpse Into Google’s Machine Learning?

You’ve likely seen the People Also Ask (Related Questions) boxes in SERPs. These accordion-like question and answer boxes are Google’s way of saying, “Hey, you beautiful searcher, you! These questions also relate to your search… maybe you’re interested in exploring these too? Kick off your shoes, stay a while!” 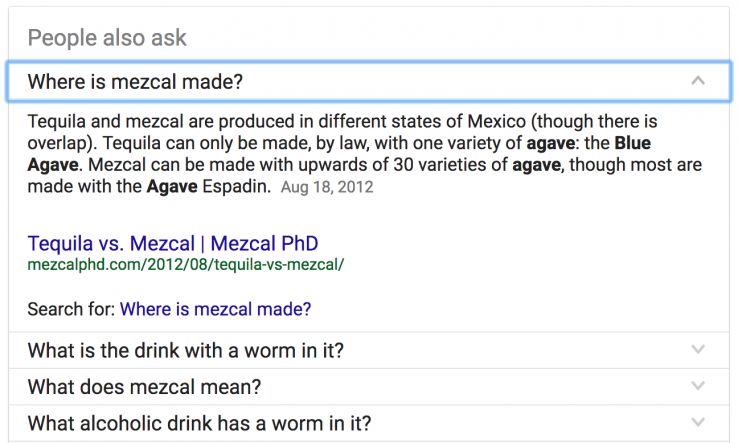 However, few people have come across infinite PAAs. These occur when you expand a PAA question box to see 2 or 3 other related questions appear at the bottom. These infinite PAA lists can continue into the hundreds, and I’ve been lucky enough to come across 75+ of these gems!

So, grab a coffee and buckle up! I’d like to take you on a journey of my infinite PAA research, discoveries, machine learning hypothesis, and how you can find PAA opportunities.

Why PAAs should matter to you

Compare that to featured snippets, which have seen only a 328% growth since that timeframe.

Research has also shown that a single PAA can show up in 21 unique SERPs! How ’bout dem apples?! PAA opportunities can take over some serious SERP real estate.

These mini-FAQs within search results have fascinated me since Google started testing of them in 2015. Then in November 2016, I discovered Google’s PAA dynamic testing:

You guys, I’ve discovered a SERP black hole! I’m on #200 suggested PAA for this SERP?! Has anyone else seen an infinite PAA SERP before? pic.twitter.com/YgZDVWdWJ9
— Britney Muller (@BritneyMuller) November 23, 2016

The above infinite PAA expanded into the hundreds! This became an obsession of mine as I began to notice them across multiple devices (for a variety of different searches) and coined them “PAA Black Holes.”

I began saving data from these infinite PAAs to see if I could find any patterns, explore how Google might be pulling this data, and dive deeper into how the questions/topics changed as a result of my expanding question boxes, etc.

After seeing a couple dozen infinite PAAs, I began to wonder if this was actually a test to implement in search, but several industry leaders assured me this was more likely a bug.

Now integrated into U.S. SERPs (sorry foreign friends, but get ready for this to potentially migrate your way) you can play with these on desktop & mobile:

If you’re in the US and like exploring topics, there’s a nifty feature for you to try with “People also ask” on Google. 🙂 pic.twitter.com/s2WtwyYvun
— Satyajeet Salgar (@salgar) February 10, 2017
I’m fascinated by Satyajeet’s use of “exploring topics”.

Why does Google want people to spend more time on individual SERPs (instead of looking at several)? Could they charge more for advertisements on SERPs with these sticky, expansive PAAs? Might they eventually start putting ads in PAAs? These are the questions that follow me around like …read more