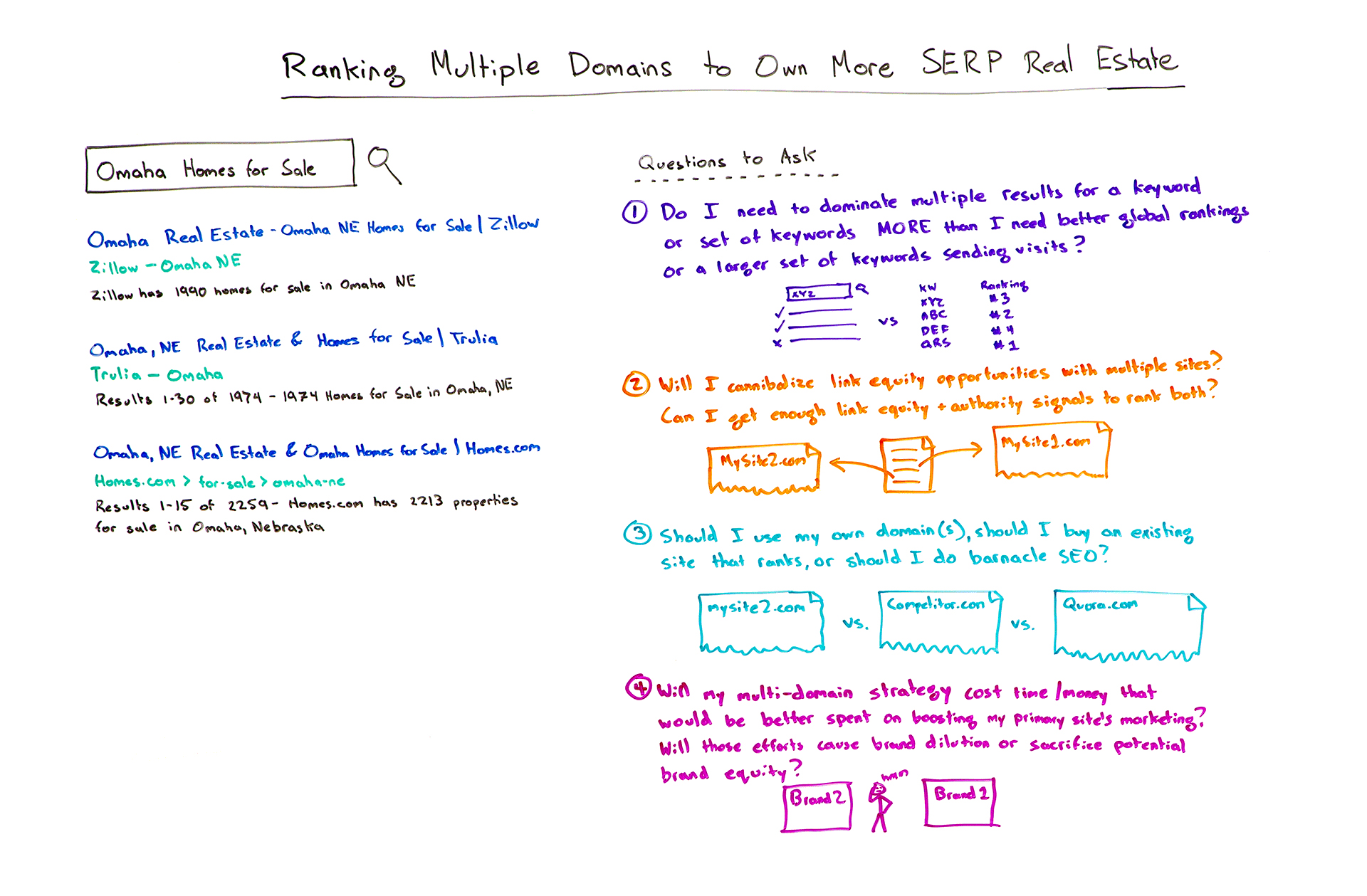 Is it better to rank higher in a single position frequently, or to own more of the SERP real estate consistently? The answer may vary. In today’s Whiteboard Friday, Rand presents four questions you should ask to determine whether this strategy could work for you, shares some high-profile success cases, and explores the best ways to go about ranking more than one site at a time.

Howdy, Moz fans, and welcome to another edition of Whiteboard Friday. This week we’re going to chat about ranking multiple domains so you can own a bunch of the SERP real estate and whether you should do that, how you should do that, and some ways to do that. 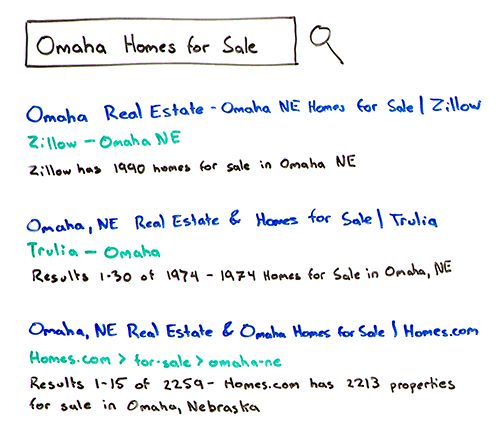 I’ll show you an example, because I think that will help kick us off. So you are almost certainly familiar, if you’ve played around in the world of real estate SERPs, with Zillow and Trulia. Zillow started up here in Seattle. They bought Trulia a couple of years ago and have been doing pretty amazingly well. In fact, I was speaking at a real estate conference in New York recently, and my God, I did an example where I was searching for tons of cities plus homes for sale or plus real estate or houses, and Zillow and Trulia, along with a couple others, are in the top five for every single city I checked no matter how big or small. So very, very impressive SEO.

One of the things that a lot of SEOs have seen, not just with Zillow and Trulia, but with a few others like them is that, man, they own multiple listings in the SERPs, and so they kind of dominate the real estate here and get even more clicks as an entity, a combined entity than they would if Zillow had, for example, when they bought Trulia, redirected Trulia.com to Zillow. On Whiteboard Friday and at Moz and a lot of people in the SEO world often recommend that when you buy another domain or when you’re combining entities, that you do actually 301 redirect, because it can help bring up the rankings here.

The reason Zillow did not do that, and I think wisely so, is that they already dominated these SERPs so well that they figured pushing Trulia’s rankings into their own and combining the two entities would, yes, probably move them from number two and three to number one in some places, but they already own number one in a ton of these. Trulia was almost always one or two or three. Why not own all of that? Why not own 66% of the top three consistently, rather than number one a little more frequently? I think that was probably the right move for them.

As a result, many SEOs asked themselves, “Should I do something similar? Should I …read more