SEO and Digital Trends in 2017

The shift from desktop-first to mobile-first

Until now, SEOs have considered mobile search to be one of the many specializations of SEO, on the same level as local search or international SEO.

That mentality did not change much when, back in 2015, Google announced AMP. Moreover, us SEOs considered AMP just another (often annoying) “added task” to our implementation checklist, and not as a signal of the real intentions of Google: Mobile search is all search.

With the announcement of mobile-first indexing, though, these intentions are now 100% clear, and somehow they represent a Copernican Revolution: After 18 years of prioritizing desktop, now we have to prioritize mobile.

The reason for this epochal change is evident if we look at the source of the search traffic (both organic and paid) for our sites: 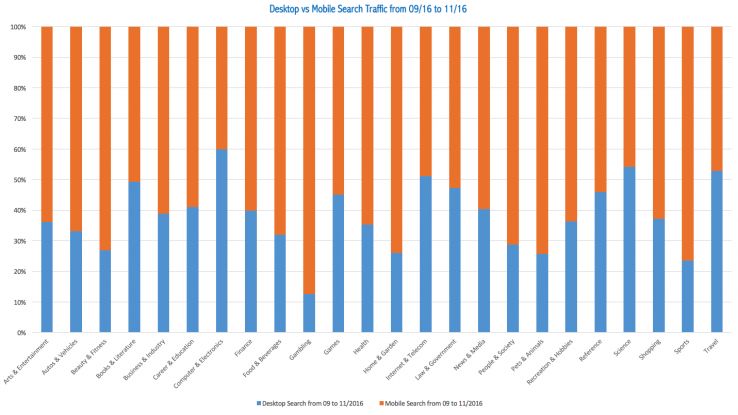 Disclaimer: This post, as with every post that aims to predict the future, should be taken with a grain of salt — no matter how authoritative the author.

The main purpose of this post is to offer ideas and open a constructive discussion around the future of SEO and digital marketing over the next 12 months.

It was an intense year, especially when it came to SEO and Google in particular. Because I’m deeply convinced that we cannot attempt any preview of the future without considering what happened in the past, I invite you to look back at the events that have marked the evolution of Google in the past 10 months.

It is important to note that, contrary to more classic Google timelines, I prefer to see all Google-related events in the same place. I believe it’s the only way we can escape from a too-narrow vision of where Google is headed: 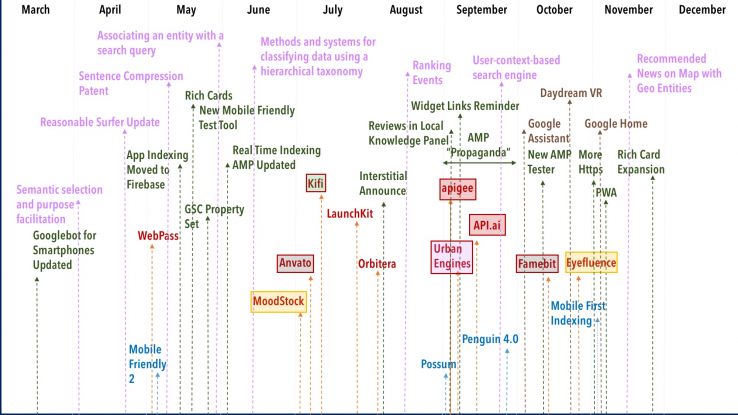 What we can learn from this timeline?

The shift from desktop-first to mobile-first

Until now, SEOs have considered mobile search to be one of the many specializations of SEO, on the same level as local search or international SEO.

That mentality did not change much when, back in 2015, Google announced AMP. Moreover, …read more