Should SEOs Only Care About DIRECT Ranking Signals in Google? – Whiteboard Friday 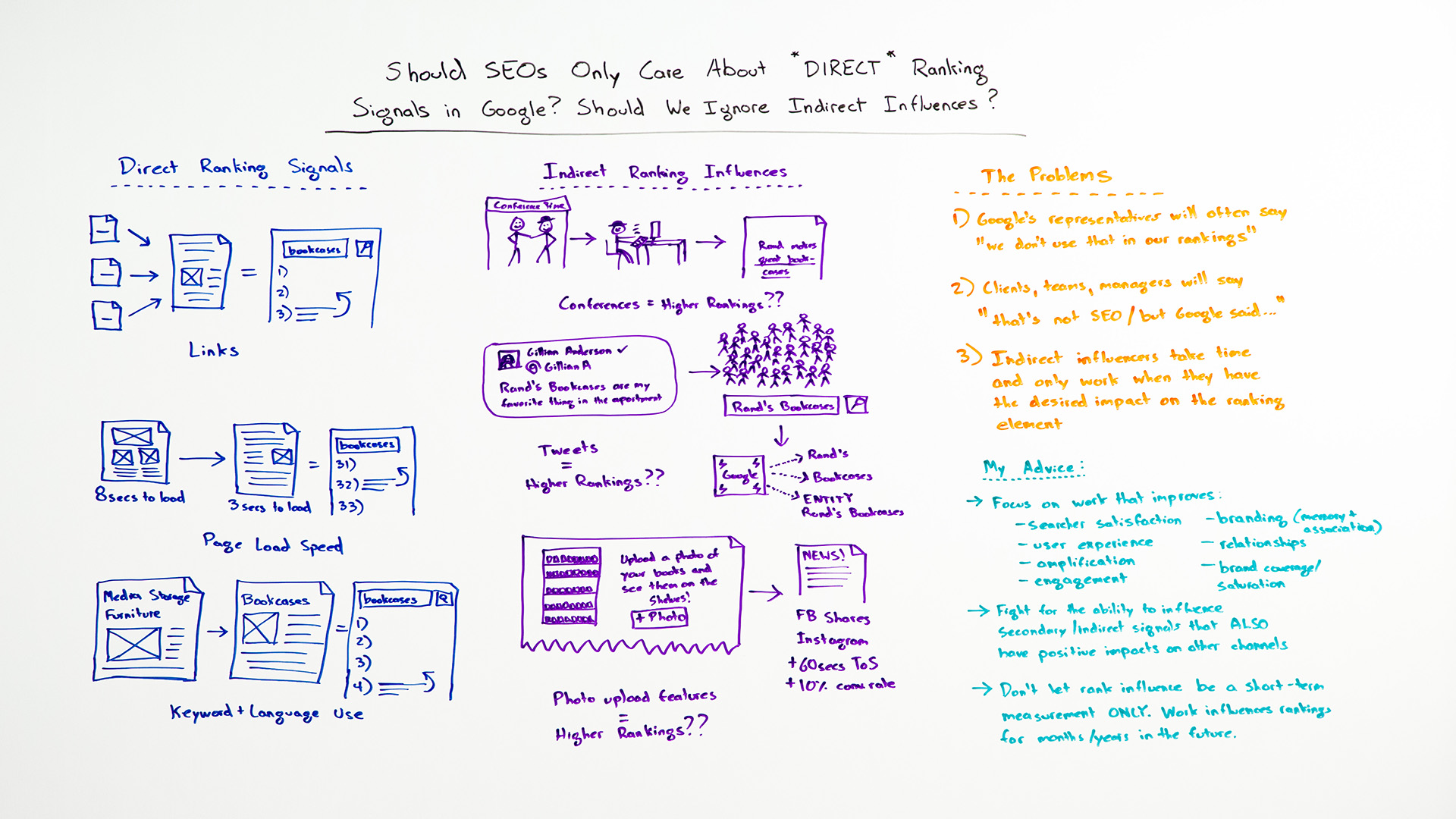 Howdy, Moz fans, and welcome to another edition of Whiteboard Friday. This week we’re chatting about direct ranking signals versus indirect ranking signals. I see people ask questions like this all the time. Should I only care about the direct ranking signals? Do I even really care, as an SEO, if something indirectly impacts my rankings in Google, because I can’t really influence that, can I? Or I can’t be confident that Google is going to make those changes. The answer, from my perspective, is “Well, hang on a second. Let’s walk through this together.”

Direct ranking signals are pretty obvious. These are things like links. You earn a bunch of new links. They point to your page. Your rankings go up. Now my page for bookcases ranked a little higher because all these people just linked over to me. Great, that’s very nice.

These are direct ranking signals. They’re very obvious. We know that they are in Google’s ranking algorithm. Google is public about a lot of them. They talk about them. We can test them and observe them. They are consistent. They move the needle. Great.

Maybe Gillian Anderson — she probably has better things to do what with “The X-Files” being back on the air, very exciting — Gillian Anderson: “Rand’s bookcases are my favorite thing in the apartment.” Wow, look. She sent thousands of people searching for Rand’s bookcases. Hmm, what happens then? Well, people pick it up and write about it. Lots of people searching for it. Maybe Google’s …read more