The Art of Emoji Marketing: 7 Clever Examples From Top Brands

Here’s something disturbing: According to data gathered by marketing agency Deep Focus, four out of every 10 millennials would rather engage with pictures than read. Yes, you read that right. Nearly half of history’s most educated generation would prefer to revert back to some sort of cave painting-esque proto-language than bother to parse through a couple of sentences.

Of course, most prominent among this shift to pictorial communication is the emoji. We detailed its rise to prominence last year, but in short, the emoji as we know it started in 2011 and reached near-ubiquity in the past year or so. Now, in 2016, seemingly every millennial peppers their texts or tweets or Facebook messages or Instagram posts or college essays with yellow faces of varying temperaments.

And because millennials are such an important demographic to reach, brands have been trying to capitalize on the emoji craze. It has gotten so pervasive that an entire industry has cropped up dedicated to measuring the ROI of these type of visual images on campaigns.

However, we’re taking a decidedly less scientific approach to judging brands’ emoji usage. Below we’ve recounted our picks based on such subjective criteria like cleverness or memorability.

But before we begin our countdown, we must include a quick disclosure. These below examples are of brands using the standard emojis found on most smartphones, not instances of companies such as Coca-Cola or Disney creating and using their own custom emojis. That’s too easy.

The 7 Best Examples of Emoji Marketing

One of the biggest problems arising from a brand’s use of emojis is the tendency to get overcomplicated. Try to do too much and risk creating a string of would-be clever emojis that take longer to decipher than to read a Tweet or a tagline. (We’re looking at you Chevy.) That’s what makes this Baskin-Robbins tweet so perfect. It’s an ice cream cone. Nothing fancy, but it helps break up a wall of text.

On the Fourth of the July, Bud Light tweeted an emoji American flag composed of fireworks in place of Old Glory’s stars and American flags and beers for the red and white stripes, respectively. It was clever, original, and took advantage of the existing emoji language. 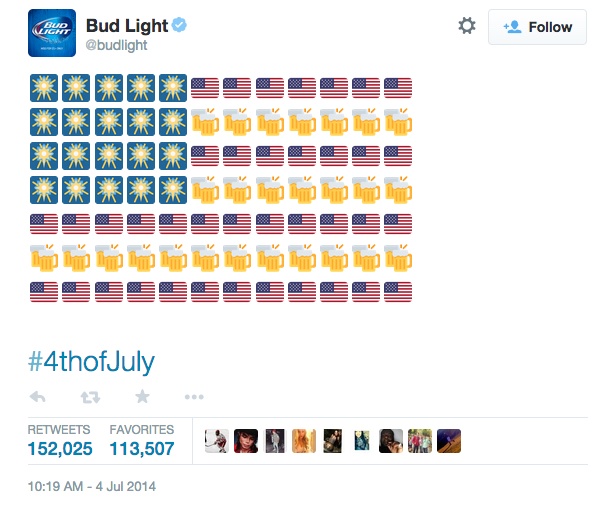 On World Emoji Day (yes, it’s a thing), NASCAR Tweeted a photographic (emoji-graphic?) mosaic of some of the sport’s most famous drivers. Art? Maybe. Cool to look at? Certainly. 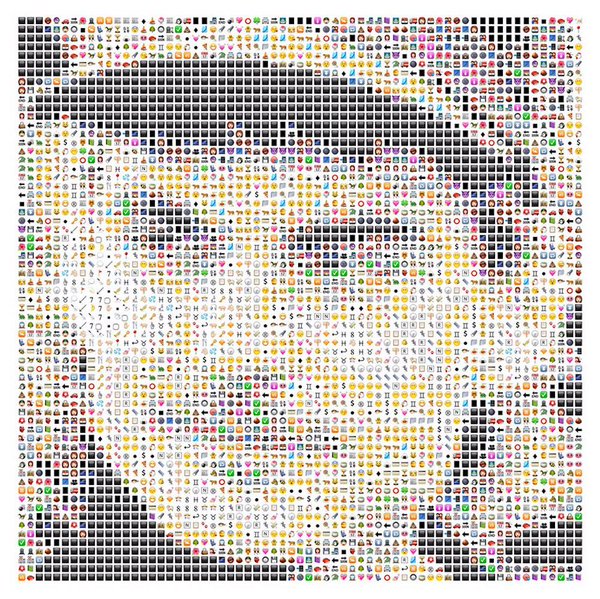 Hosted on the website emojiscience.com and modeled after the periodic table of elements, General Electric’s “Emoji Table of Experiments” invites users to click on individual emojis to explore “DIY science, videos with special …read more