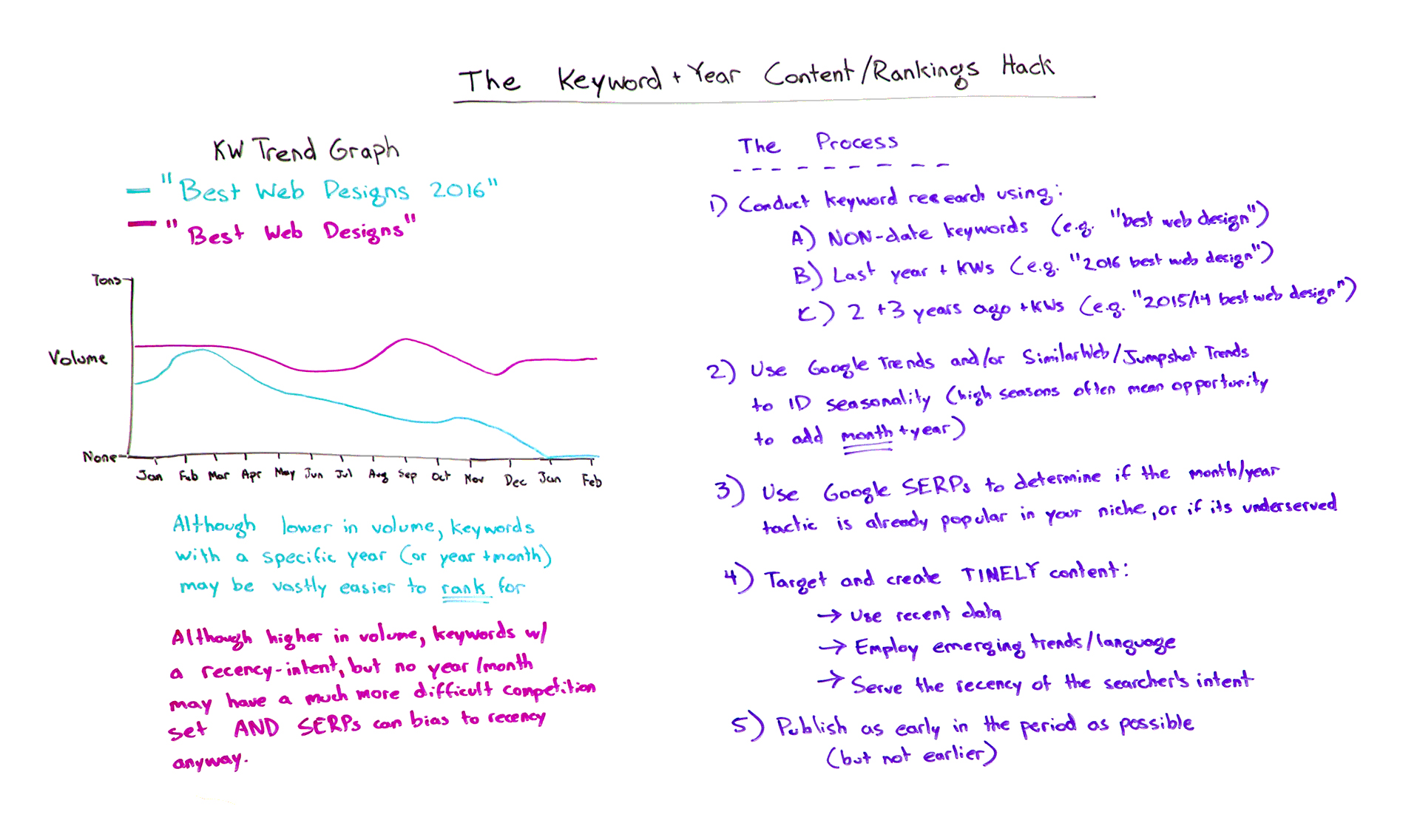 What’s the secret to earning site traffic from competitive keywords with decent search volume? The answer could be as easy as 1, 2, 3 — or more precisely, 2, 0, 1, 7. In today’s Whiteboard Friday, Rand lets you in on a relatively straightforward tactic that can help you compete in a tough space using very fresh content.

Howdy, Moz fans, and welcome to another edition of Whiteboard Friday. This week we’re going to chat about what is sometimes known as the keyword-plus-year hack. This is the idea that you take a keyword that has some existing search volume, and you add on a date, either a month or a month and a year, and you are able to outrank many of the other players because it’s a much less competitive space. I’ll show you what I’m talking about. It helps to have an example.

So let’s say there are a good number of people every year who search for the best web designs. They want to get design inspiration, or they just want to see what’s out there. They’re looking for the design gallery, so they search for best web designs. Many times, though, those folks will get results from the last 5 to 10 years, and they’ll see those in there and they’ll go, “You know, I want something more modern, more updated,” and so they will revise their query to “best web designs 2016.” In fact, many people even start with these queries. So they want to see the top Android games of January 2017. They want to see the best summer dishes 2017 for planning on cooking something.

They’re looking for something that is trendy. Maybe they’re looking around fashion, or you see this a lot in searches around hairstyle or anything that is grading products or services. Who are the best real estate agents in Seattle? No, no, not the 2012 edition of “Seattle Met Magazine.” I want 2017. Who are the best real estate agents in Seattle 2017? So they’ll add this year on there. What’s great is, because this year or month only happens as it happens, those searches only happen as we get to that time period, the keyword research will not expose it to you. So if, for example, let’s make this 2017, so “best web designs 2017.”