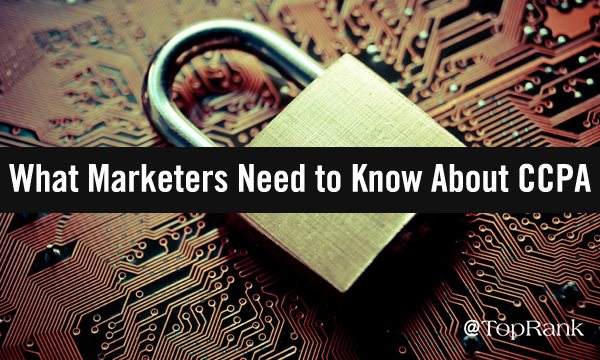 Be compliant or be complacent. These are the two options facing brands and marketers today, as data privacy laws continue to increasingly take hold.

For those paying attention, it’s been clear for some time that Europe’s GDPR regulations were only the beginning of a global effort to formalize and enforce protections for internet users and their personal data. But with California’s landmark privacy legislation, CCPA, set to become enforced in 2020, data privacy is no longer a distant foreign concern for American businesses, if it ever was.

What is the CCPA?

At a high level, the purpose of the California Consumer Privacy Act (CCPA) is quite similar to that of GDPR: It’s about giving people transparency into, and control over, how their personal data is used by companies.

As the epicenter of technological advancement in the United States, California is a logical launch point for this type of legislation. The bill was signed into law by Gov. Jerry Brown in summer of 2018, and after a period of back-and-forth amending, it’s slated to officially go into effect on Jan. 1, 2020.

To cut through the complexities and narrow it down, the CCPA includes three primary mandates. Starting next year, residents of California must be able to:

Now, it bears noting that there’s a fair amount of specificity in the CCPA. For example, the companies that fall under its scope must satisfy certain thresholds in terms of annual revenues, amount of data possessed, and percentage of revenue derived from the sale of consumers’ personal information.

The new law is also ostensibly localized in one state, although that’s a bit misleading: Any company doing business in California is subject to CCPA’s guidelines. The International Association of Privacy Professionals estimates more than half a billion U.S. companies will be affected.

Plus, as Len Shneyder writes at Marketing Land, the Golden State is hardly alone in pushing for data privacy laws: “Bills in New York and other states are making their way through legislatures, all with similar yet nuanced provisions, protections and, in many cases, breach notification requirements.”

Be Compliant, Not Complacent

Whether through the proliferation of state-level laws …read more