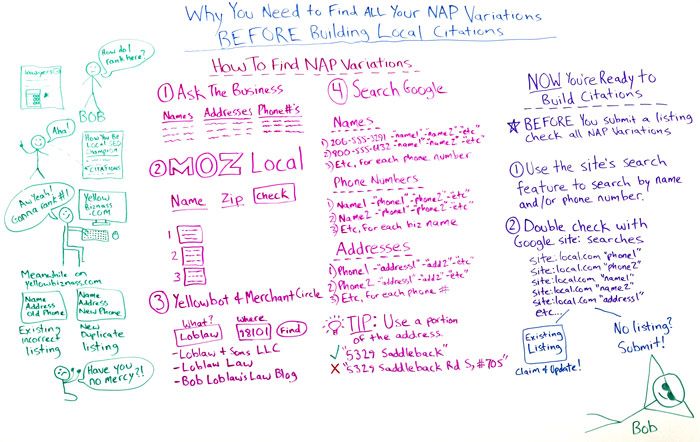 Citation consistency got you down? It’s one of the most important local search ranking factors, but it can be an overwhelming task to find inconsistencies, and it’s often easy to create accidental duplicate listings. In today’s guest Whiteboard Friday, Darren Shaw, founder of Whitespark and recent speaker at MozCon Local, outlines a foolproof way to discover all your NAP variations to prepare for proper citation building.

Hey there, Moz fans, I’m Darren Shaw from Whitespark, and I’m here today to talk to you about why you need to find all of your NAP variations before building local citations. It’s an important topic to cover because citation consistency is one of the most important local search ranking factors. In last year’s local search ranking factor study, it was ranked the number two most important factor, second only to just actually having a business in the city you’re trying to rank.

Before I get into it, I want to cover a couple of definitions really quickly. So NAP stands for name, address, and phone number. A citation is basically a mention of your name, address, and phone number somewhere on the Web. Typically you’re going to see that on sites like YellowPages.com or Yelp.com or Superpages, but you can find them on any kind of sites like blogs, newspaper, whatever. Anywhere your name is mentioned, that’s a citation.

I want to illustrate a mistake we see happening all the time in citation building. I’m going to show you an example here.

Bob is a lawyer.

He wants to figure out how he can rank in the local pack. 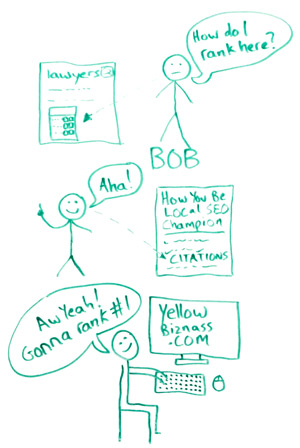 So he does a little research. He comes across an article on how to rank in local SEO. He reads about citations and how that can help with his local rankings. The article suggests that he uses the local citation finder to research his competitors and find citation opportunities. So he’s done that. He’s got his list, and he’s off to submit his business to all the various directories.

He goes to YellowBiznass.com, and he’s thinking, well, maybe I already have a listing there. 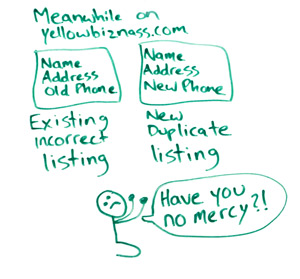 So he searches for his phone number, doesn’t find anything. He thinks he’s all in the clear so he creates a listing.

This is the mistake he’s made. He didn’t realize, he didn’t think about the fact that he already had a citation because he used to use his old cell number for his business. If he had searched for his cell number, he would have found the old listing on the site. So now he’s created this problem where he’s got an old, incorrect listing on the site, and he’s created a duplicate listing. So he’s created a citation consistency problem, and it’s not really helping him to rank well.