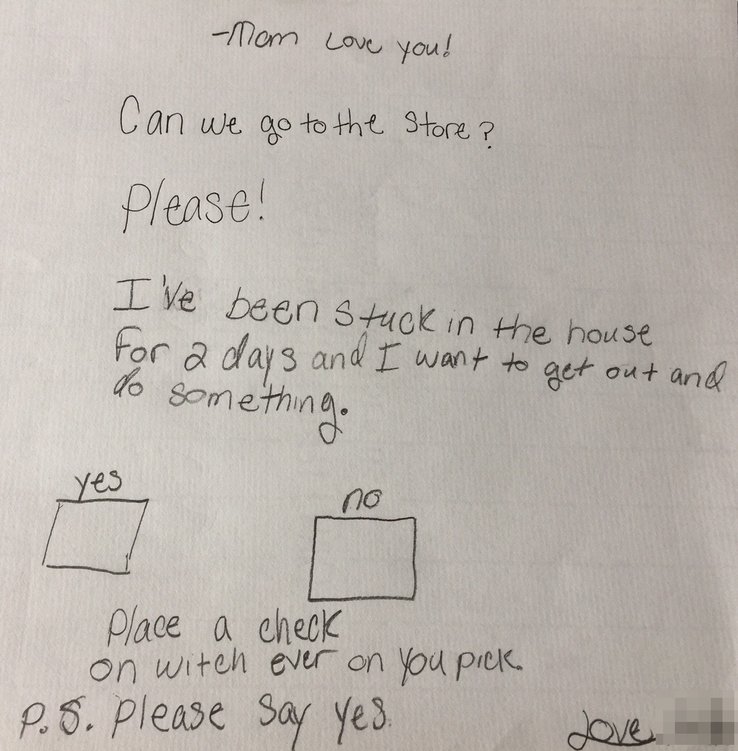 During the holidays, my youngest daughter apparently had cabin fever after being in the house for a couple of days. While exiting the bedroom, my wife found the note below on the floor, after the former had slyly slid it under the door.

Though tired and not really feeling like leaving the house, we had to reward the youngster for her industriousness. And her charm.

Her effective “outreach” earned plaudits from my wife.

“At least she did it the right way,” she remarked. “She cleaned her room, washed dishes, and read books all day, obviously part of an attempt to make it hard for us to say no. After all she did, though, she earned it.”

Can you say as much about your outreach?

We’re missing out on a great opportunity

Over the last few months, I’ve been thinking a lot about outreach, specifically email outreach.

It initially got my attention because I see it so badly handled, even by savvy marketers.

But I didn’t fully appreciate the significance of the problem until I started thinking about the resulting impact of bad outreach, particularly since it remains one of the best, most viable means of garnering attention, traffic, and links to our websites.

What I see most commonly is a disregard of the needs of the person on the other end of the email.

Too often, it’s all about the “heavy ask” as opposed to the warm touch.

You’re likely saying to yourself, “But Ronell, the second person didn’t get anything in return.”

I beg to differ. The first person likely lost me, or whomever else they reach out to to using similar tactics; the second person will remain on my radar.

Outreach is too important to be left to chance or poor etiquette. A few tweaks here and there can help our teams perform optimally.

#1: Build rapport: Be there in a personal way before you need them

The first no-no of effective outreach comes right out of PR 101: Don’t let the first time I learn of you or your brand be when you need me. If the brand you hope to attain a link from is worthwhile, you should be on their radar well in advance of the ask.

Do your research to find out who the relevant parties are at the brand, then make it your business to learn about them, via social media and any shared contacts you might have.

Then reach out to them… to say hello. Nothing more.

This isn’t the time to ask for anything. You’re simply making yourself known, relevant, and potentially valuable down the road.

Notice how, in the example below, the person emailing me NEVER asks for anything? 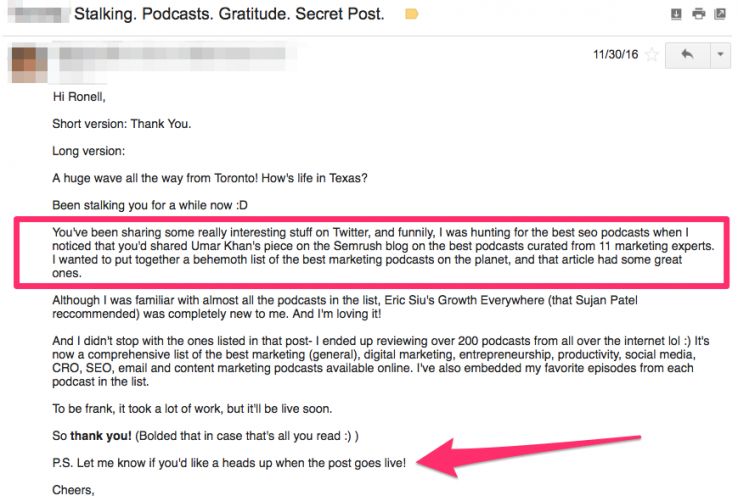 The author did three things that played big. She…