Twitter Unveils Live Video: Here's What You Need to Know

On December 14th, Twitter announced that users would be able to broadcast live video directly from Twitter on iOS and Android mobile devices. This move is the result of Twitter’s integration with Periscope, the live video streaming app it acquired back in March of 2015.

Now, Twitter users can broadcast live video directly from Twitter without having to create a Periscope account first. Tweets featuring live video can be retweeted and liked, and videos on Twitter can generate comments and heart emojis as they do in the Periscope app.

While this isn’t Twitter’s first foray into live content this year — earlier this year, Twitter began partnering with multiple organizations to become a destination site for live video, featuring NFL, NBA, NHL, and MLB Games, Presidential debates, and the Republican and Democratic National Conventions — it is an important one. With the launch of its live capability, Twitter is cementing its place in the competition for user attention — and research shows that video is what users want.

Let’s dive into a quick explainer about how to go live on Twitter and what impact this announcement may have on video marketing.

Starting a live broadcast on Twitter couldn’t be easier. When you click to compose a new tweet in the mobile app, there’s now an option to record live video, as seen below: 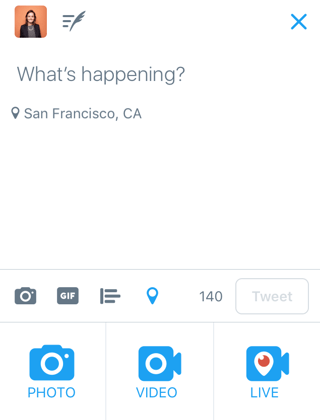 From there, you tap the “Live” option and enter a caption to accompany your video on Twitter timelines: 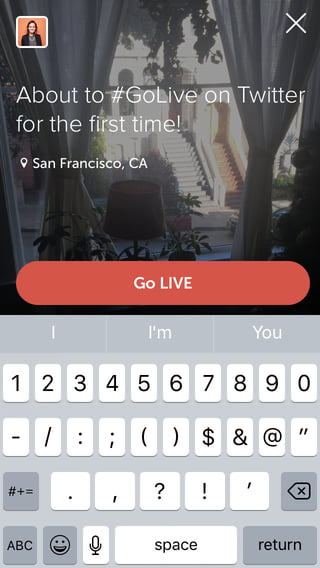 Once you start recording, it’s easy to stop broadcasting, change your camera perspective, and see who’s liking and interacting with your video: 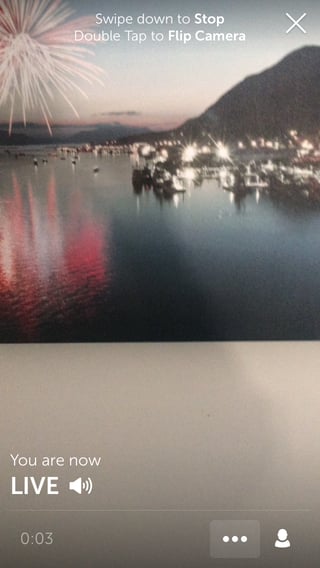 Once you’ve finished broadcasting, you can see how your video appears in other users’ Twitter timelines. Here’s my (very brief) broadcast on Twitter:

About to #GoLive on Twitter for the first time! https://t.co/y3dJS6bygD

For now, Twitter users can receive notifications when specific handles they follow start recording live, and Twitter says they can expect live videos to be featured prominently on their timelines in the future.